CCS and CCS-lite, a continuous carbonization system for light and small pieces of bio mass

"Tourbe" means peat which is kind of a young coal available in swamps or former swamps.

I was working for US-AID (Peat-II Project) to market the peat as an alternative fuel for households, restaurants and canteens. Just as coal, you can not burn peat properly without a stove and I designed and developed the BURUNDIAN COMMUNITY STOVE (BCST). I established a "STOVE TEAM" or "EQUIPPE de FOURS" which disseminated stoves at customers who bought peat. We had a successful stove programme and peat sales doubled within one year. At later stage I designed the MULTI FUEL BREAD OVEN (MFBO) for making bread at commercial bakeries and canteens of schools and universities. All these stoves and ovens were built with locally available materials and they were well accepted by the users.

ONATOUR was a large institution which sold about 15.000 tons of peat per year. A lot of peat dust (fines) accumulated (about 10% of the amount of peat sold) on the places were the peat was stocked. Next to the compound of ONATOUR we had a coffee factory, a rice factory and we had an abundance of coffee hulls and rice husks and we also had wood chips available from carpentries near the town. This bio mass was not used and accumulated and rotted in large heaps! As a fifth component we had sugar bagasse available, with can be used as a good binder for bio coal briquettes. There were two sugar factories available, one in Burundi and one over the border, 15 km away in Zaire/Congo. 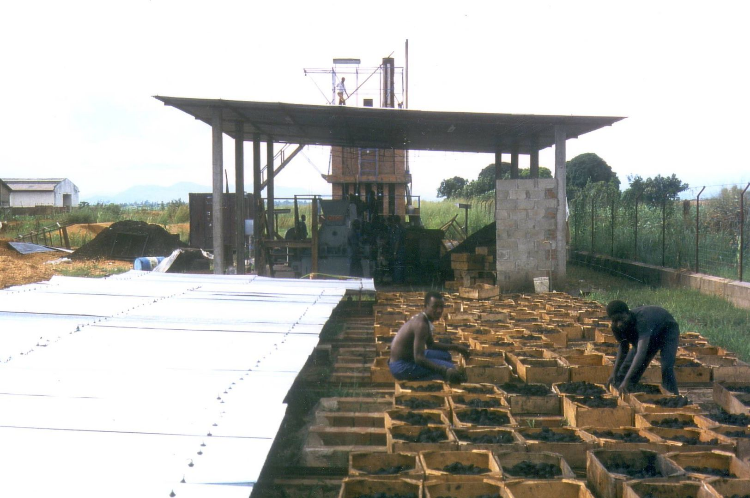 I reflected what to do with this potential of 5 components of bio mass and I promoted the idea of making bio coal out of it. I set up a design for the Continuous Carbonization System (CCS), a large tower (height 6,5m, length 3,37m) in which the bio mass falls in through the chimney and gets dried and pre-carbonized while falling through the hot volatiles (!) falling towards a carbonization zone in the middle of the tower (an area with limited air supply).

I made a project proposal and a Canadian company was interested to finance it.

However their aim was only to facilitate a limited supply of bio coal for a market study and once it shows viable and be an accepted fuel by the population, to sell an expensive industrial plant to Burundi as a second step.

I had budget of about 100.000 US and 8 months time to design and built the pilot plant you see on the photos attached (We used a WEB roller press for pillow shaped briquettes). Finally we succeed to be pro¬ducing the bio coal 3 weeks before my contract ended after 8 months of work.

Our bio coal was successful and the plant worked well and I made the proposal instead of investing in a new and costly industrialized bio coal plant- it would be better for BURUNDI to invest and improve the existing pilot plant!

However this was against the interest of this Canadians, who were eager to sell a complete new installation on the base of a debt for BURUNDI.

We tried to get a different financing by other organisations, but their argument was that the Canadians have started this project and it was not their interest to interfere with them.

This was in 1992. Also civil war approached and a year later Burundi was abandoned by any investment. 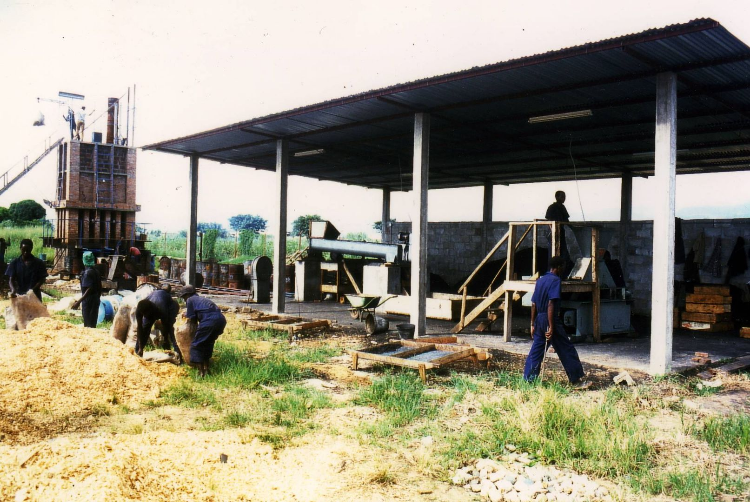 Photo 2: production hangar, roller press (with a staircase for top loading) on the right side

Comments to the technical side:
Firstly I have to say the CCS worked generally well.

1) We had some problems of "clogging and bridging". That means near the lower outlet, where the walls of the chamber got narrow, bridging of the carbonized material occurred occasionally.

2) There were some problems to get the slide of the outlet airtight and occasionally some of the carbonized biomass started to overheat the area of the slide.

3) We had some problems to determine the surface, the top of the accumulating bio mass at the height/level of the limited air inlet tubes. We used a measuring guide which was entered from the top-plate of the CCS to control the height.

4) Originally the air-flow was controlled by a large butterfly valve (from KW-Company) which I set into the chimney.

Experience showed that we had to modify it and we better control the air inlet through the air tubes that entered in the middle of the vertical chamber. However our project time was over and I could not do these important improvements.

To be short ONATOUR continued on its own base and costs to produce a limited amount of bio coal with the plant after we had to leave. However civil war forced them to abandon the compound, which was on the outskirt of Bujumbura and when I visited Burundi in 2003, the production of Bio coal has stopped. (However ONATOUR was still existing and some peat was still sold and Community Stoves and Multi Fuel Ovens used, as they were of less complex technology than that of the Bio Coal Factory). I inquired for a refinancing, but in 2003 most donors concentrated to give financing only for emergency food programs and health projects and aid for the refuge camps.

I can not exactly recall after 15 years the production quantity of the CCS. I think we managed to obtain about half a dozen of oil drums filled with carbonized bio mass per day, however this was under not optimized and not automate conditions.

The original design assigned the loading of the bio mass in batches through a shutter in the top plate. In the improved version the bio mass would be entered continuously through the chimney (upstream air /downstream material) by a conveyor.

The CCS is a viable carbonization system for light biomass like coffee hulls, rice husks, shredded bio mass, wood chips and it would be interesting to establish and develop this technology for a new project to carbonized bio mass. The cost to built such a CCS might be about 20.000 Euro.

!! Meanwhile I developed a new concept of a much smaller and cheaper unit- the CCS-Lite. 3 oil drums welded on each other, would give the basic structure for this unit. A complete different system for offloading the carbonized bio mass would be used. The costs would be about an estimated 4000€ for such a unit. !! 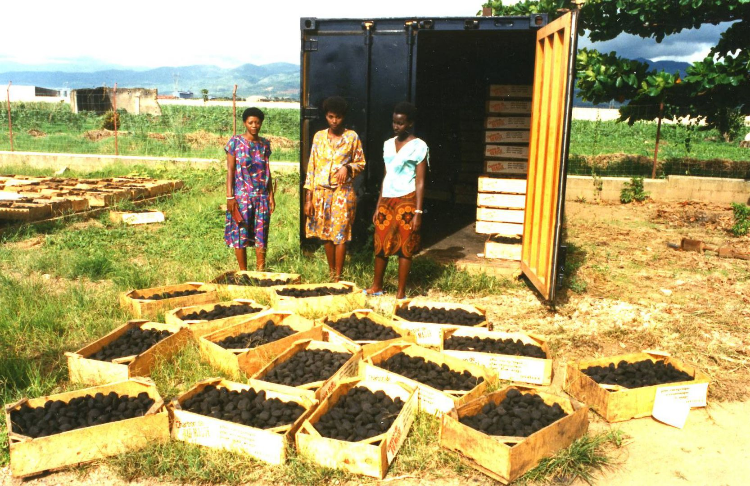 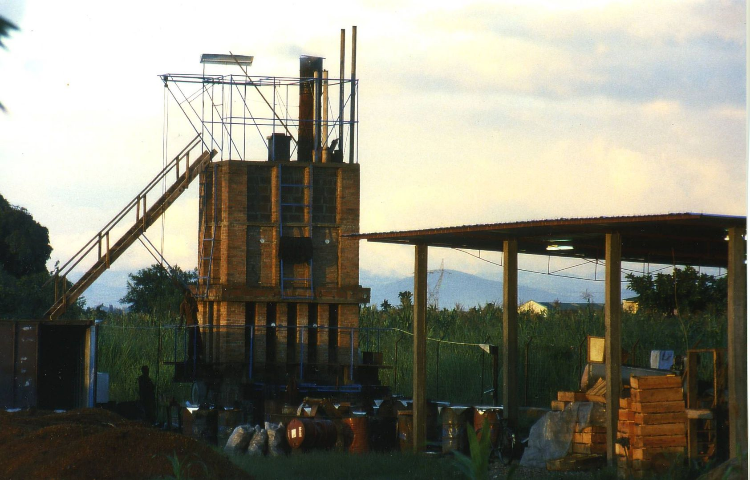 Photo 4: close up of the Continuous Carbonization System (height without chimney: 6.5m) 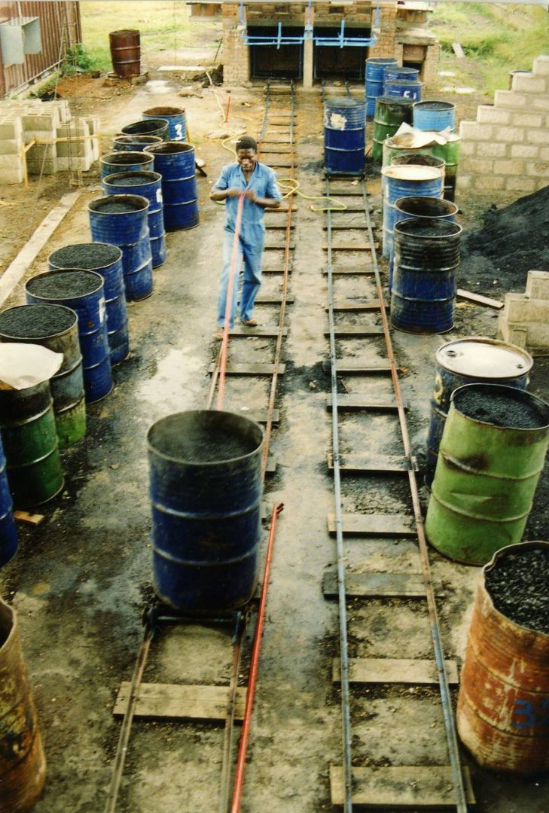 Photo 5: rails for moving containers filled with charred biomass (charcoal) from the CCS 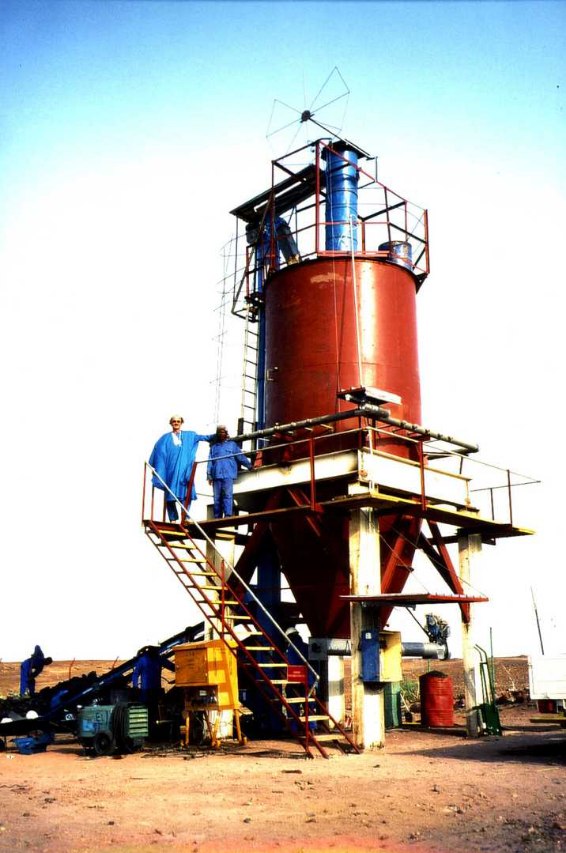 Photo 6: This is a CCS which we built in Niger/ Tchirozerine to desmoke mineral coal to facilitate its acceptance as a smokeless household fuel 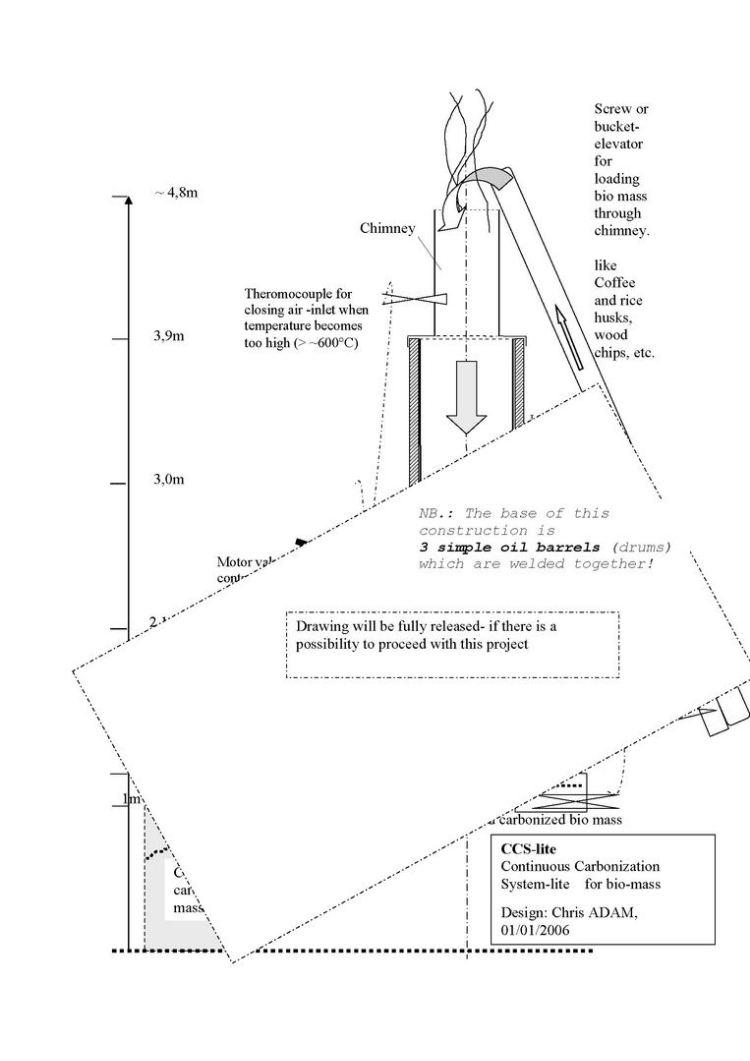 Photo 7: Concept for the  CCS-lite, a smaller, cheaper and more effective version to carbonize bio mass!